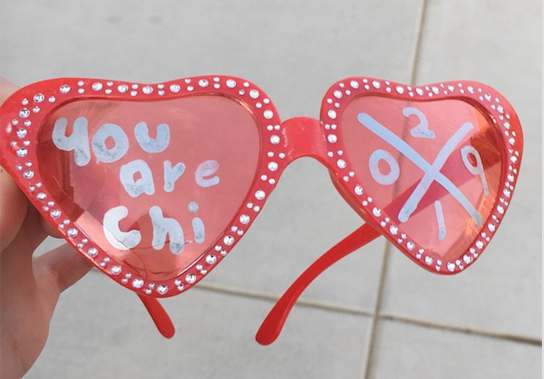 February has been a month full of new adventures and new opportunities! I have gotten settled back into school mode, and it feels good to have a routine again.

At the beginning of February, I celebrated my birthday—which, as a triplet, I share with two of my brothers. My older brother, Davis, and his girlfriend, Brittany, came and helped me celebrate. The next day we went to Lynchburg, where we met my parents and brothers (the other two of the triplets) for lunch. It was so great being with them and getting to celebrate our birthday together for the weekend.

I have found this semester more difficult—classes are harder. But with office hours, supportive professors and tutors I am not scared for the challenge. I am so thankful to have great professors who want to help me succeed and be the best that I can.

I love going to the Lancer Production events and basketball games here on campus! The most recent Lancer production events that I have gone to are the stuff-a-stuffed-animal event and Pinterest night. It is fun after a long week of classes to just relax and have fun with friends.

I recently found out about CCM, the Catholic campus ministry for students at Longwood and Hampden-Sydney College, a men’s college just outside of Farmville. Even though it was my first time meeting all these new people, I was not nervous and was very comfortable. I felt so very welcomed. On Tuesdays, we have a dinner together, play some kind of game and then listen to a message for the week. On Thursdays, there is Bible study. I have found such a great community here. It is where faith, fun and friends gather!

I recently found out I have been selected to be serve as an Honor & Conduct Board member for the 2019-20 school year. I am excited for this new opportunity! At Longwood we take the honor code very seriously, and I am honored to be on the board and represent Longwood in such a great way. I will be in the honor and conduct ceremony.

I also was elected to serve as an executive officer for Longwood’s chapter of the National Student Speech Language Hearing Association (NSSLHA) for the 2019-20 school year. This position is extremely important in encouraging freshman and sophomore membership. I will be responsible for informing, engaging and motivating the students to join the organization; orchestrating the annual involvement fairs during Oktoberfest and Spring Weekend; visiting a freshman class to encourage membership; keeping all social media outlets current; and creating flyers to promote the group. 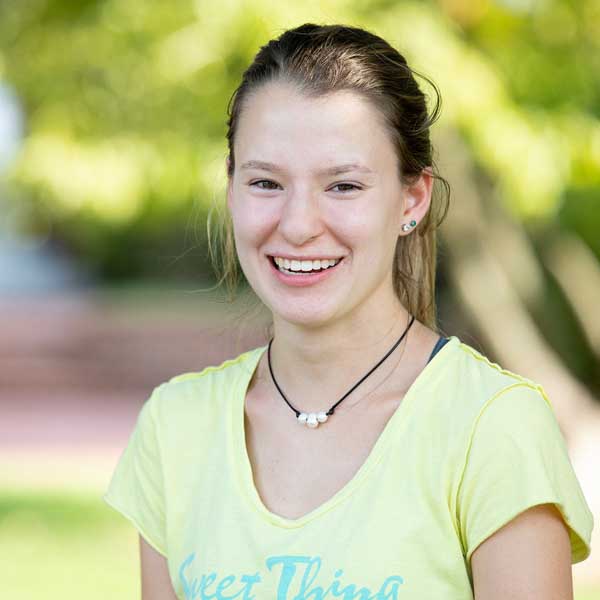 Brooklynn Weissenfluh graduated from Jamestown High school. She has three brothers—not so unusual—but two of them were born on the same day she was. They’re triplets! They decided to break up the “set” when they chose where to go to college, so Brooklynn is at Longwood on her own. However, her older brother did go to Longwood and graduated in 2017.

Brooklynn is a communication sciences and disorders major, and she loves to paint. In high school, her favorite classes were AP psychology and language arts, and science classes. She was involved in the National Honor Society, National English Honor Society and the Exceptional Eagles club, which was a club that helped special needs students.

Here are some random interesting facts from Brooklynn about herself: 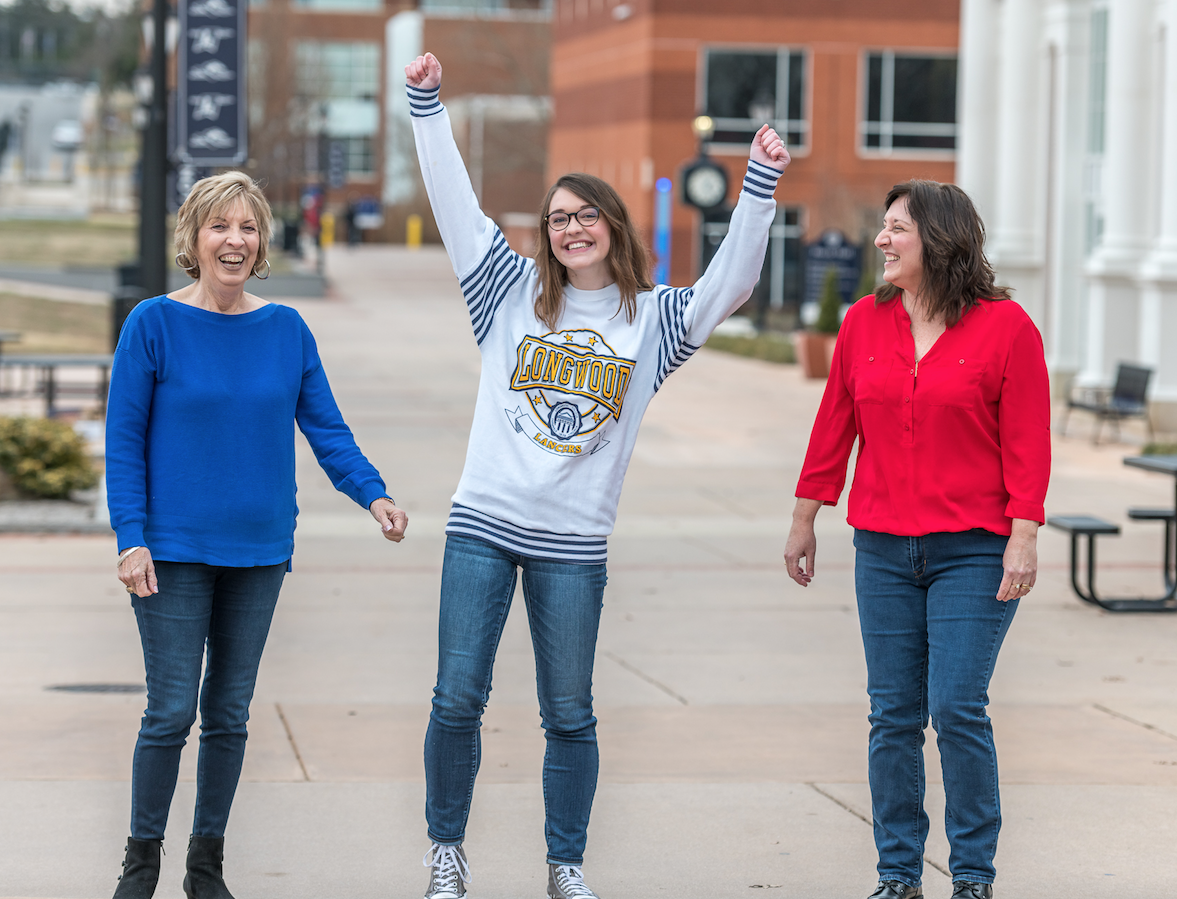 My mom and my uncle both attended Longwood (back when it was a college and not a university). This means that two of my grandmother’s three children were attending the same school, and she consequently felt compelled to get some form of Longwood merchandise to show her support. She chose a sweatshirt.

My mom, Tamara Smith Waldo ’90, also purchased a Longwood sweatshirt that she wore for a long time—even years after she graduated. Sadly, my mom’s sweatshirt didn’t survive to the present day. But my grandmother, Donna Carr, decided to hang onto hers through all of the changes and phases of her life after my mom and uncle graduated. And this is where my story begins.

Recently my grandmother was looking through some things in her cedar chest, and she came across the sweatshirt she had purchased so many years earlier. Once she found it, she texted a picture of it to my mom and me, saying, “Look what I found!” My mom couldn’t believe she had kept the sweatshirt for so long and how good it still looked.

The sweatshirt is still white with vibrant colors of yellow and blue. You would never think that it is nearly 30 years old.

As soon as I saw the photo, I immediately asked if I could have the sweatshirt. I loved how retro it looked and how it is completely different from any Longwood apparel you can buy now. So my grandmother washed it and gave it to me the next time she came to visit. Since then, I have worn the sweatshirt multiple times, and people often comment on it. One of my friends even asked me if I had gotten it at Pairet’s, a store on Main Street that sells Longwood apparel. When I told her it was actually my grandmother’s from 30 years ago, she thought that was pretty cool.

That same day, a lady in the dining hall also commented on it. She said, “Does that say Longwood College?” I looked down at it, laughed a little, then replied, “Yes, it does. It was my grandmother’s.” She went on to say how much she loved my sweatshirt and how it reminded her of her Longwood experience. (She had also attended Longwood when it was still a college.)

To me, the sweatshirt was something I thought looked unique, and I liked the retro style. Of course, it’s also special to me because it belonged to my grandmother. But to the lady in the dining hall, the sweatshirt was a reminder of a time when all of life’s possibilities lay before her. She began to smile and reminisce about her college days.

It’s fascinating how the same object can evoke such different feelings and memories for different people. The sweatshirt took on a new meaning for me that day. I resolved to take care of it and keep up with it, just as my grandmother had. One day I’ll pass the sweatshirt—and its history—on to someone in the next generation of our family. I hope that someone will also be a freshman at Longwood. 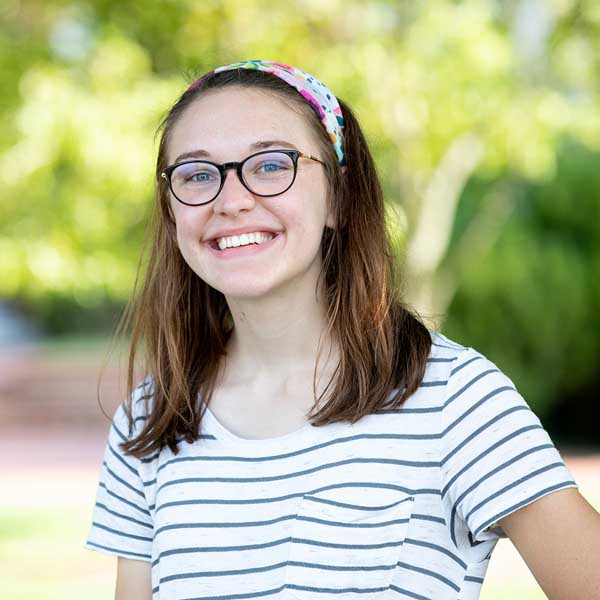